Within the framework of the HAKAYA program, a pan-Mediterranean program reclaiming the centrality of stories in community development,
financed by the European Union, AL-JANA teamed up with the Arab Education Forum (AEF), and hosted Inspirational Memory in Lebanon in 2011.

This regional meeting, which also drew participants from further afield, was held in Harissa between the 18th and 21st of May 2011. The aim of the meeting was to develop a more in-depth understanding of the various pioneering experiences, where memory and oral history played an important role in inspiring cultural productions and proactive learning tools. The meeting also aimed to collectively “make sense of memories” and create a renewed common vision for future work in this field. 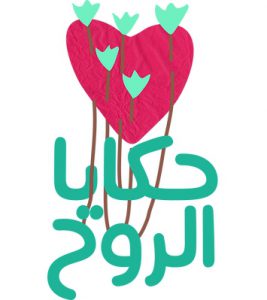 The meeting promoted the development of common actions, that can transform people’s stories into contemporary narratives, which can in turn become an ongoing and integral part of people’s lives, learning, and artistic expression.

The Palestinian experience was given a special focus at the meeting, while at the same time inspiration was drawn from other experiences, such as the District Six Museum in Cape Town, South Africa and other Arab experiences.

The members of the meeting committee in charge of program, content, speakers, etc were: Rosemary Sayigh, Diana Allen, Munir Fasheh, Moa’taz Dajani and Serene Huleileh. The panel discussions explored how Memory could inspire active learning, focused on Making Sense of Memories: Some Theoretical Reflections, which was chaired by Munir Fasheh, from the Arab Education Forum, with a contribution by Mandy Sanger from the District Six Museum. A further panel considered the theme of Making Sense of Memories: Personal Experiences, followed by Memories to Learning: Presentation and Reflection on Experiences chaired by Rosemary Sayigh.

Building on this, a second theme was selected, Memory Inspiring Cultural Production, with panels on Literature, Theatre, Architecture, and Dance chaired by Faihaa AbdulHadi; Music, Storytelling, Photography, and Children’s Literature, chaired by Wassim Kurdi; and on Film and Memory facilitated by Rasha Salti.

An in-depth discussion of issues, that came out from the first two days took place as part of the final theme, Synthesis, under the auspices of chair Serene Huleileh.

As part of the program, organizations and individuals were invited to present their work in this field by putting their “products”, for example traditional Palestinian embroidery, on display in stalls that the participants could visit and interact with the “exhibitors”.

The evening programs consisted of artistic presentations and film screenings.